The South American shroom strain is best known for holding the world record for the largest fruiting body of any Psilocybe cubensis strain. While the average size of this strain is impressive, many people also praise it for its effects when consumed. It has an above-average potency — probably nearing 1.5% psilocybin and psilocin by weight — but it’s known to provide a beautifully balanced psychedelic trip that provides mild visual hallucinations, euphoria, and a sense of connection to the world for most users.

South American shrooms are a strain of psilocybin mushrooms that was originally collected in Venezuela. The first sample was taken by Spore Chicks, which was a magic mushroom spore vendor that has since gone out of business. Other shrooms throughout South America — like the Argentina strain and the Amazon strain — are named after more specific regions where the original sample was collected, so it’s unclear why this strain, in particular, is named more generally.

In any case, the South American shroom has an above-average concentration of psilocybin and psilocin, though most users report a well-balanced psychedelic experience that isn’t as overwhelming as some other strains with similar potency.

For several years, a sample of the Orissa India strain held the world record for the largest cubensis fruiting body, but a South American shroom grown by Shroomery user P. Menace has since earned that distinction.

Like many other strains that originate in South America, it’s possible that the South American strain was used in religious ceremonies by the tribes that inhabited the area hundreds or even thousands of years ago. However, there is no hard evidence that the South American strain was around or used by humans that long ago; it’s likely that the strain is a close relative of others in the area that have been documented by European explorers and even in ancient cave paintings.

There are no reviews yet.

Be the first to review “Ash South American” Cancel reply 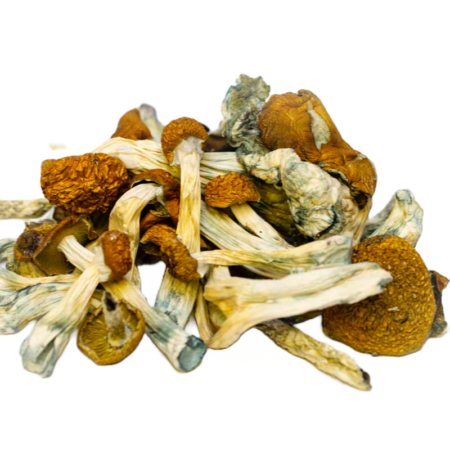