We examine 10 potent magic mushrooms. It is estimated that there are nearly 200 (known) magic mushroom species containing psilocybin in the world, here we examine some of the strongest. Strengths of species can vary so it is always recommended to air on the side of caution with the dose you ingest. Percentages in this article are a percentage of a dried mushroom.

This mind blowing shroom is, as far as we know, the strongest magic mushroom. Hard to get hold of it is limited to woodlands around the Columbia River in the Pacific Northwest. Trying to grow this bad boy indoors requires skill and knowledge. 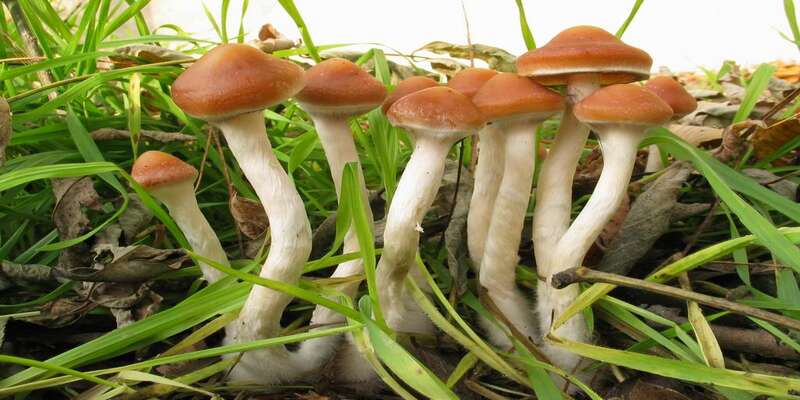 This is one of the strongest species in the world, considered to be up to five times stronger than certain strains of P. cubensis. Known colloquially as Copelandia Hawaiian, and are quite famous due to their strength and relative ease of growth. Easily cultivated indoors, and it is possible to purchase pre-colonised grow kits. They are found all over the world as a dung-loving species. So much so that the substrate in Panaeolus cyanescens grow kits is usually horse dung.

The percentage of psilocin and psilocybin together in Panaeolus cyanescens can be as high as 2.95%, making these shrooms extremely potent. Psilocybe Semilanceata commonly known as the “Liberty Cap” is a species of fungus which produces the psychoactive compounds psilocybin, psilocin and baeocystin. Its familiar characteristics of a bell shaped. Psilocybe semilanceata is the most widespread magic mushroom in the wild, growing across 17 countries in northern Europe, where it is considered to be native and is also amongst the strongest magic mushrooms in the world.

When dry Psilocybe semilanceata samples are measured, psilocybin concentrations of as little as 0.2% and as much as 2.37% have been measured. In fact, the highest levels of psilocybin ever measured have been found in these species. However, the average concentration sits around 1%, which is why they do not top this list. Baeocystin levels sit around 0.36%. 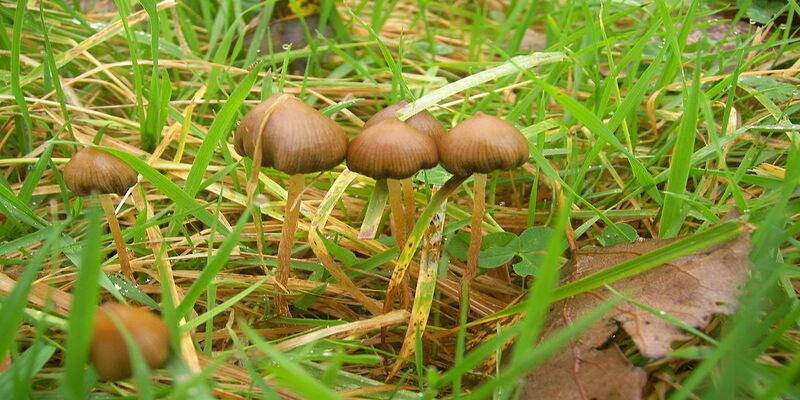 These shrooms are sometimes referred to as “wavy Caps” and are another potent shroom containing psychedelic chemicals. This shroom love mulch not soil and grow in huge numbers. A colony of 100,000 were once found growing in the UK but they are found across Europe and the US too. 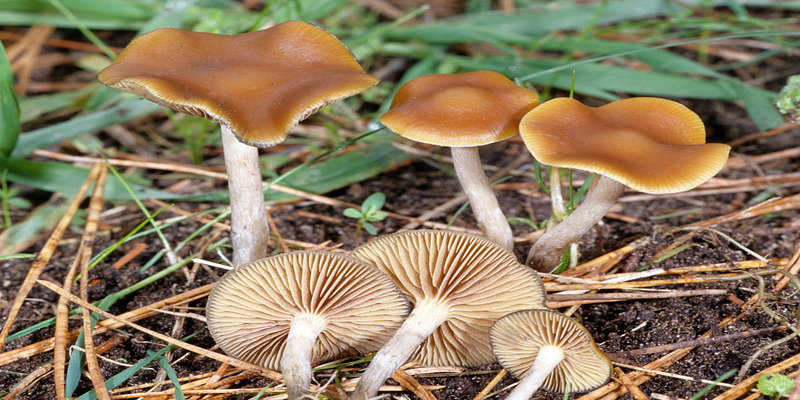 Psilocybe bohemica is found around the Czech Republic and central Europe—which was once known as Bohemia. It is a mushroom that bears many similarities to Psilocybe serbica, which is located in the Balkan region. A word of caution; both of these mushrooms look similar to and grow in the same conditions as Galerina, which is highly toxic and dangerous. Make sure you properly identify what you have before you risk consuming it.

Dried, the concentration of psilocybin ranges between 0.11% and 1.34%, so it can get very strong. The highest concentration is found in the caps. 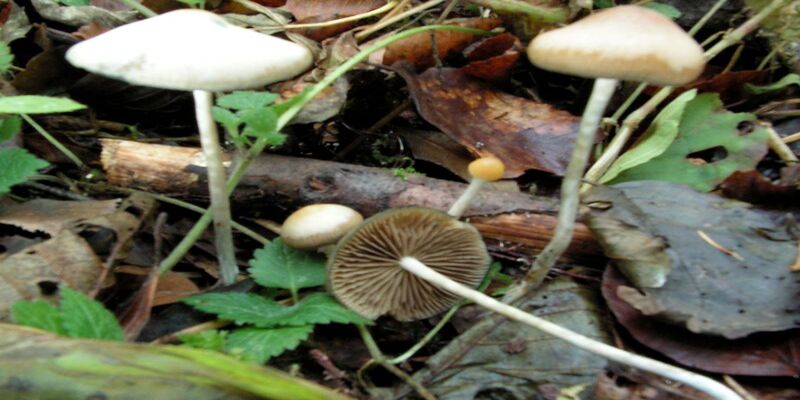 Psilocybe cubensis is one of the most popular species of magic mushroom. It is easy to grow and readily available to buy in kits. Lots of research has been done with this strain a many different sub species have been bred. Due to the varies strains there is a large range of concentrations.

In the wild, Psilocybe cubensis is found spread across the world in tropical climates. Dried, the concentrations of psilocin and psilocybin are 0.14–0.42% and 0.37–1.30%, respectively. 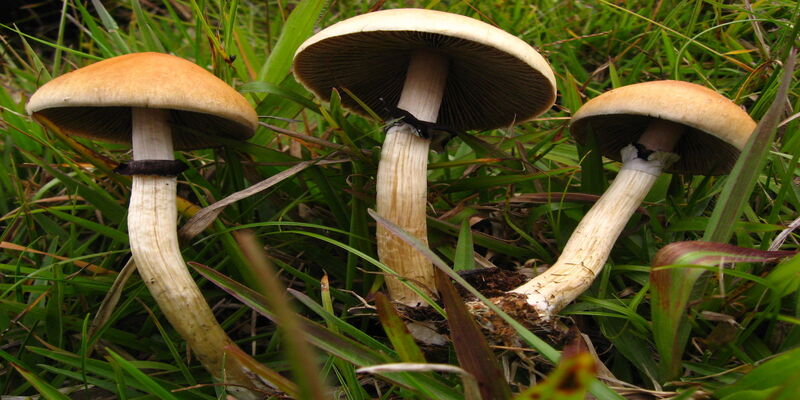 A little known species very similar in looks to a deadly species found in the same areas. Its recommended to avoid this species unless in the company of an expert.

Conocybe cyanopus still deserves a place on this list due to its strength. Dried, it contains somewhere between 0.5% and 1% psilocybin. 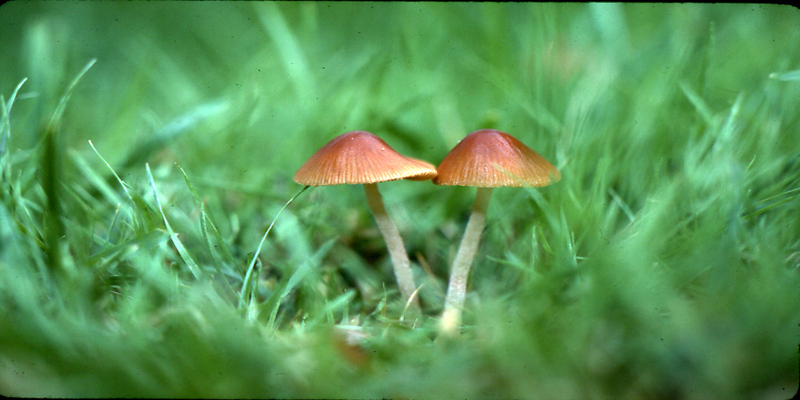 A tropical mushroom found in Thailand, initially found on the island of Koh Samui. 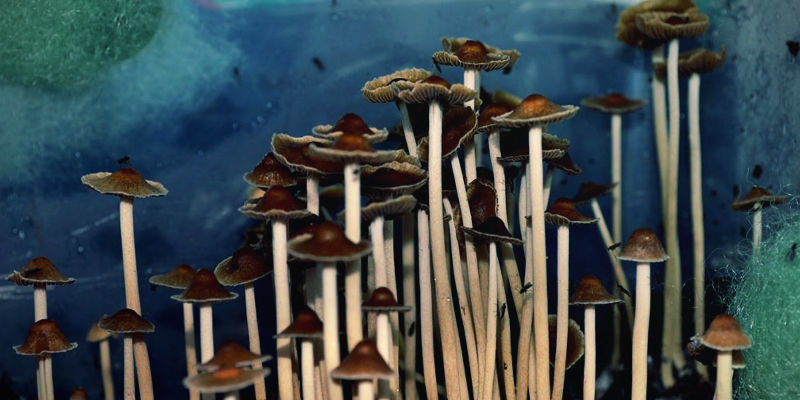 Psilocybe tampanensis forms psychoactive truffle-like sclerotia that are known and sold under the nickname “philosopher’s stones”. The fruit bodies and sclerotia are consumed by some for recreational or entheogenic purposes. In nature, sclerotia are produced by the fungus as a rare form of protection from wildfires and other natural disasters.

Due to the legal status of sclerotia in parts of Europe, they have become a popular choice for those looking to trip legally, as this part of the organism is not illegal. The dried mushroom can contain up to 1% psilocin and psilocybin, while the sclerotia may contain up to 0.68% psilocybin. 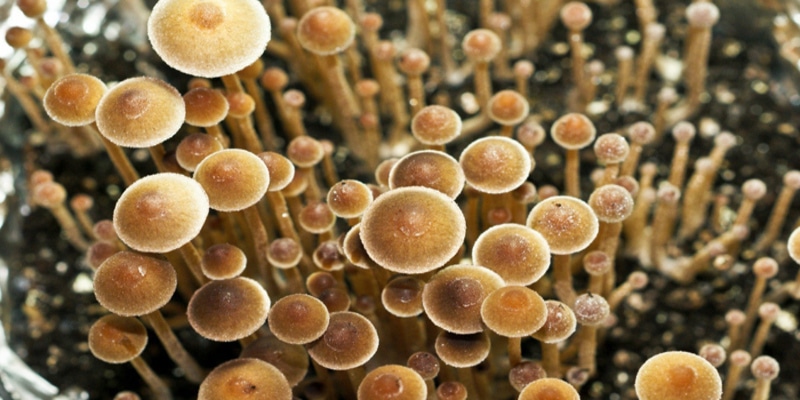 From the name you can understand that this shroom is found in Cambodia where it loves to grow in buffalo dung. A pretty mushroom with long stems and white and brown caps.

All psilocybin-containing mushrooms can turn blue, as this is the colour that psilocin turns when it oxidises, but Panaeolus cambodginiensis is known to turn very blue, very easily.

The indole content of Panaeolus cambodginiensis is around 0.55% psilocybin and 0.6% psilocin on average. 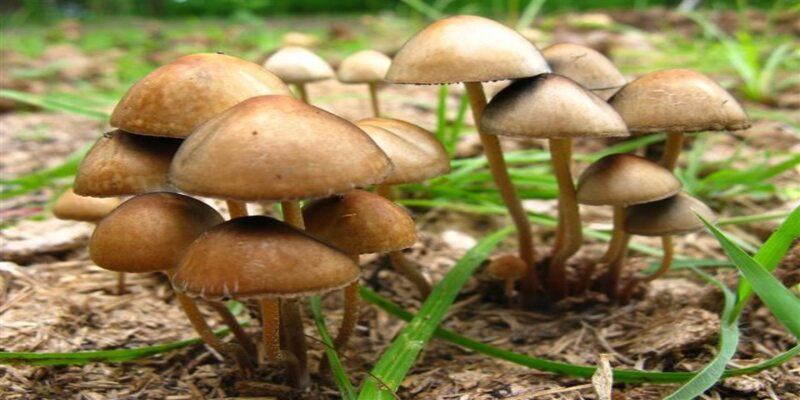 What are Penis Envy Mushrooms Penis Envy mushrooms contain an above average amount of the psychedelic compound psilocybin and are a variety of magic mushrooms. How to Use Sterilised Grain Bags You are at this article because you searched “Best Temperature to Keep Spawn Bags” well let us explain. Lets 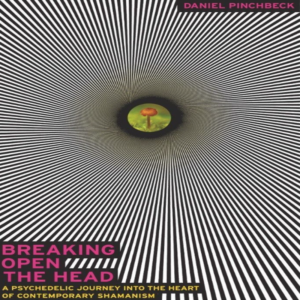 Psychedelic Books for educational purposes. Much has been said about the psychedelic experience and its rich and thrilling history. Luckily for us, some of the